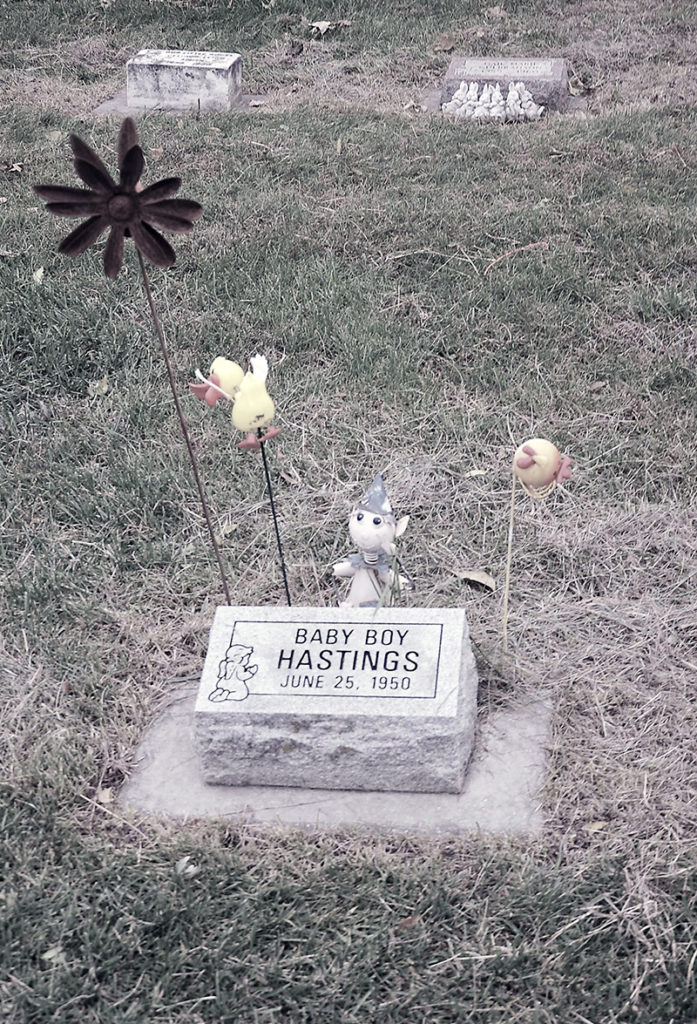 “Our dead are never dead to us, until we have forgotten them. – George Eliot”

If one was to walk into the cemetery, the signs of grief would be all around. The physical signs of grief are perhaps the most prominent, flowers left to wither and die on the tombstone being the most common. As one moves deeper into the cemetery the signs of grief will begin to fade with the older graves, forgotten and disused, only maintained by a groundskeeper. However, there is one part of the graveyard were the graves are not forgotten – the children’s section of the cemetery. When you move into the children’s cemetery, there will be some noticeable differences. The majority of the offerings are toys: brightly colored trucks, baseball gloves, plastic tiaras, balloons. Candy, cupcakes, and other sweets are left to rot at the children’s graves, to commemorate their birthday. As you walk along the you see older graves that are still being visited, from five, ten, twenty years ago. Within the Mt. Pleasant Cemetery there is a grave that is over fifty years old with fresh flowers and a new toy left nearby. What is it that keeps people remembering them, that leaves this permanent feeling of loss? Is it wondering what the children would have been like? Would they have confident and fearless or gentle and kind? Tall or short? Would they have been the apple of your eye, or a dissapointment? They are still remembered, the constant question of “what if?”, haunts the parents who never had a chance to meet their children.

It’s not just living things that die. In a figurative sense; thoughts, ideas, traditions, and culture are all things that can die out. It is a slow, gradual process, but it is inevitable. They too are not gone until they are forgotten. South Dakota is facing that right now, “Ghost towns surround us, but the boom years. . . allowed a false sense of security to take hold” (Kathleen Norris, Dakota.) South Dakota’s old ways and traditions are ‘dying’ and small towns are shrinking, while places like Sioux Falls are growing larger every year. Family operated farms are selling or renting their land to agriculture business, ending practices that have lasted generations. The natural splendor of the plains are slowing going away, as things like the Keystone Pipeline mars the land. It likely won’t be in our generation or even our children’s lifetime, but eventually all these old traditions and culture will die out. For those who saw and experienced this way of life, will they mourn the passing of the old Dakota?

What will the children of the last of the family farmers think? The children of the last Indians to leave their reservations? The children of the last people to leave the small towns and join the large urban areas? Will they happily accept this, content with all the distractions and material items that surround them in abundance in our materialistic society and let the traditions and culture disappear and become truly dead? Or will some of them feel this absence, this feeling of loss. Will they be like the families of the lost children and babies of the cemetery; feeling this love, this remorse, for something they could never know. I believe they will because, as Kathleen Norris puts it “we are born, we live, we die . . .we belong to the land.”

By Jacob Harlow. Born in St. Louis, moved around the country as a child, and is now an accounting student at Augustana University.