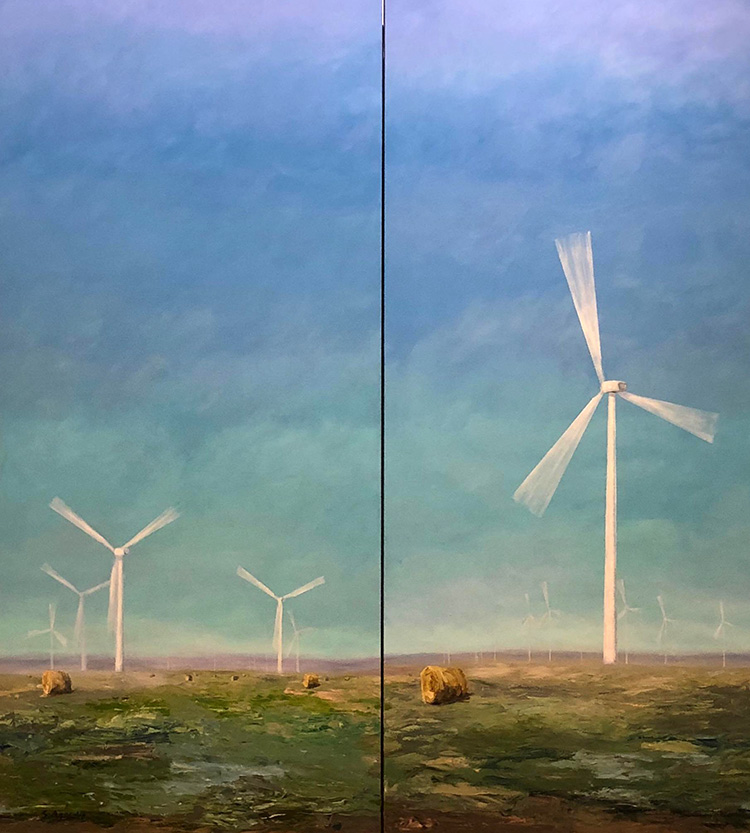 Winter: Turbulent northwest winds usher in blizzard conditions, leaving Dakota buried under ice and snow that piles along the roads, crusting into white and black. In 2013, winter arrived prematurely when a blizzard blanketed western South Dakota, killing tens of thousands of cattle, horses, and sheep. In one day, the West River rains switched to snow, leaving a deep blanket of wet, white heaviness. A week later, heavy rains flooded the same area. Downed power lines and messy debris left the residents living in chaos for months. South Dakotans remember it as one of the worst disasters in their history.

Spring: The transition between the blizzards of winter and tornadoes of summer feels instantaneous. Snow that blanketed the ground for weeks, melts under the warmer winds of spring. The sun acts on the grime and mud, producing flowers and trees that begin their spring blooming. However, with as little as a day between the seasons, the winds can turn ferocious and plough the land with tornadic convulsions. When I first moved to Dakota, I loved to watch the turbulent winds from my yard or better yet, from the top of a building. I didn’t grow up experiencing the kind of chaotic meteorological violence that can lift up a house from its foundation and drop it into the neighbor’s field. I no longer stand outside to watch when tornado sirens call. I understand now the potentially devastating power of the Dakota winds.

Summer: The winds sweep up from the South drenching the plains in a sultry haze. For endless days, the hot, relentless gusts attack the soft spring greens, turning them into sharp, brittle browns. Wind turbines punctuate the quiet of the landscape with their rhythmic whirring. Dakota winds scorch their residents during the drought-filled days: farmers wait for water, ranchers sell their cattle early, and the soil bakes so hard it cracks into long dusty fissures. The red-winged blackbirds disappear from their perches, seeking solace in the shade.

Fall: As crimson leaves drop from their branches, the breezes blow them to their resting places. The intense heat and play of summer vacations recede into shorter days and the beginning of the school year. While it might be my imagination, I think the winds are fresher, freer, and kinder in the months of September and October. I find relief from the summer’s heat and humidity, marking the shorter days as the sunlight dips lower on the horizon. During fall, I love to be in the Black Hills where the pungent smell of pine trees mixes with that of aspens, in their last shimmer of color. Fall begins my season of hibernation, when I can withdraw and rest, as I wait for the cycle to begin again.

Previous Post: « The Wedding at Can(ine)
Next Post: Veneration of Smell: St. Christina (1150-1224) The Astonishing and Byron the Doodle »