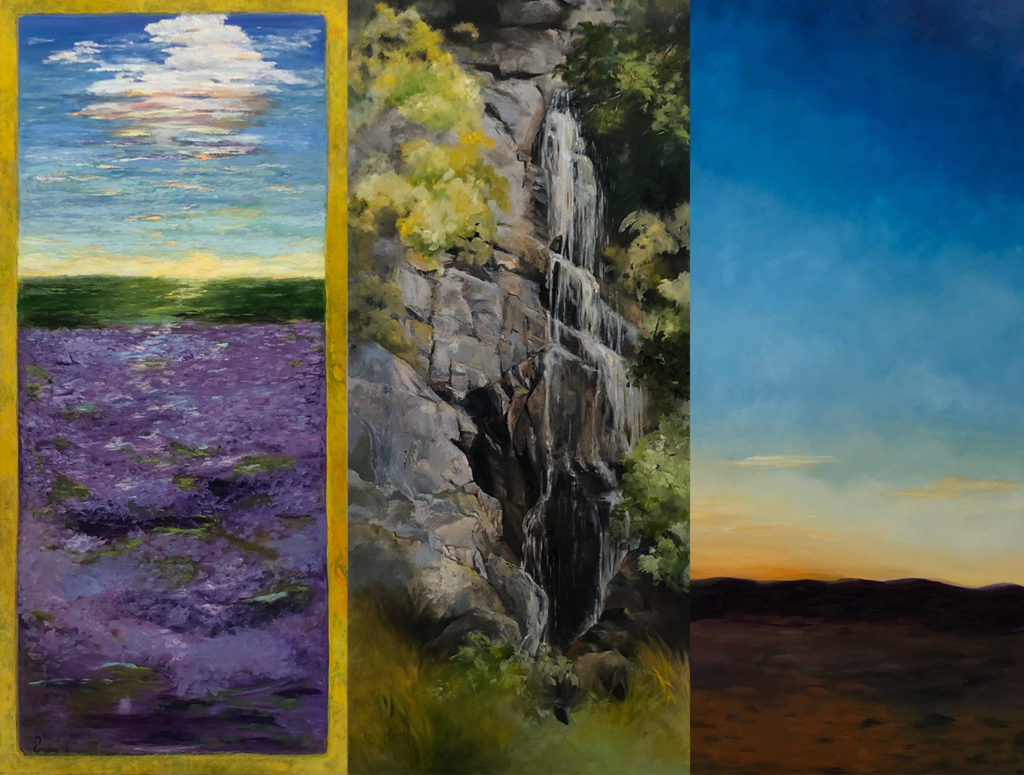 “My father was very sure about certain matters pertaining to the universe. To him all good things–trout as well as eternal salvation–come by grace and grace comes by art and art does not come easy.” Norman Maclean, A River Runs Through It

I’m sure that my grandfather practiced his religion as he did the art of fly fishing: with little separation between the two. My grandfather, in waders and vest, spent long hours walking up and down the banks of the Gallatin River in Montana. He cast his line into the clear mountain waters, practicing the 10 to 2 o’clock rhythm. Occasionally, that steady rhythm broke as he jerked back the line, a rainbow trout on the end.

Unlike my grandfather, I failed at the art of fly fishing. I practiced casting, over and over. I tried tying the microscopic knots onto the tip of the line. But, when practice met reality and I went with Gary, my husband, to fly fish on the  Boulder River, I discovered I had little patience. My interest in this sport waned each time I had to disentangle the line from the bushes. I retired my fly fishing vest after a summer of failed attempts.

Unlike my failures in fly fishing, I learned the art and rhythm of practicing scales, arpeggios and Hanon exercises on the piano for endless hours. I began my piano lessons in fourth grade and finished them when I gave my senior recital in college. My years of practicing the piano and flute revealed that “all good things . . . come by grace, and grace comes by art, and art does not come easy.” I learned to practice the piano as Norman Maclean learned to fly fish: set the metronome to the steady beat, and then repeat the task, over and over. Grace comes measure by measure, hour by hour.

This year I’m learning to see through the eyes of visual artists. Seeing is like listening: both are active practices. I realize how passively I “look” at the world, instead of actively “seeing” with the world. On a warm, sunny afternoon in April, I sat in on a class of art students who had come to work on their projects. The three women, about my age, arrived at the studio with their sandwiches, art supplies and their eagerness to create. Each artist painted on a large, door-sized canvas, producing their view of the South Dakota prairie: sunflowers, cornfields, a sunset in the Black Hills.

They donned their chef-like white aprons and looked at art books for inspiration. The banter between the women ranged from what colors to use to the exasperation they felt at the news that yet another spring snow storm was en route. I would have felt out of place with this crew of visual artists except the energy of anticipation and preparation reminded me of all the instrument tuning and chatter that precedes musical rehearsals of which I had done a plenty.

Sheila worked with each artist, providing both critical and encouraging comments. I could tell from the joking between the women, that while they appreciated the comments, they nonetheless expressed frustration. The women hesitated to move ahead, as if the paint they put on the canvas at that moment was indelible. They were limiting the process and denying the possibilities. Sheila sensed their hesitancy and said, “Get brave! It’s only paint.”

Learning to fly fish, play the piano, or paint a landscape requires many of the same skills: practicing over and over, learning from critique, risking failure, and enjoying the process more than the result. Yes! “Get brave,” Sheila said. “It’s only paint.” And as a good teacher always knows, bravery begins with the art of practicing. And practicing is the art of living in the grace-filled knowledge that, no matter how many times we fail “it’s only paint.”